Via BoingBoing, a thought experiment by Roger Fisher in the Bulletin of Atomic Scientists aimed at making the concept of nuclear war less er abstract:

There is a young man, probably a Navy officer, who accompanies the President. This young man has a black attaché case which contains the codes that are needed to fire nuclear weapons. I could see the President at a staff meeting considering nuclear war as an abstract question. He might conclude: “On SIOP Plan One, the decision is affirmative, Communicate the Alpha line XYZ.” Such jargon holds what is involved at a distance.

My suggestion was quite simple: Put that needed code number in a little capsule, and then implant that capsule right next to the heart of a volunteer. The volunteer would carry with him a big, heavy butcher knife as he accompanied the President. If ever the President wanted to fire nuclear weapons, the only way he could do so would be for him first, with his own hands, to kill one human being. The President says, “George, I’m sorry but tens of millions must die.” He has to look at someone and realize what death is—what an innocent death is. Blood on the White House carpet. It’s reality brought home.

When I suggested this to friends in the Pentagon they said, “My God, that’s terrible. Having to kill someone would distort the President’s judgment. He might never push the button.” 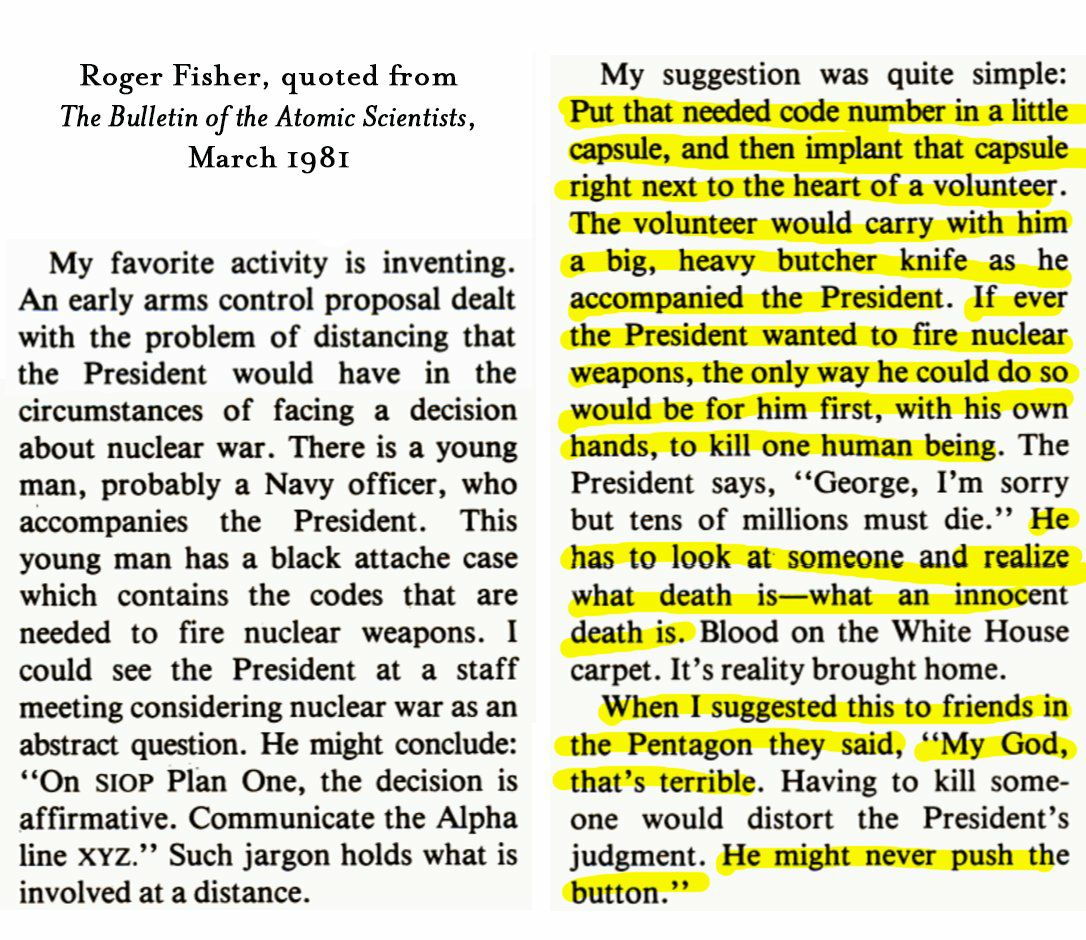